Electric vehicles of the future will be able to store much more energy and charge their batteries while they are parked without any driver intervention. Or they can generate power directly from on-board fuel cells. Three young scientists from Volkswagen Group Research describe their work on the powertrain of the future. 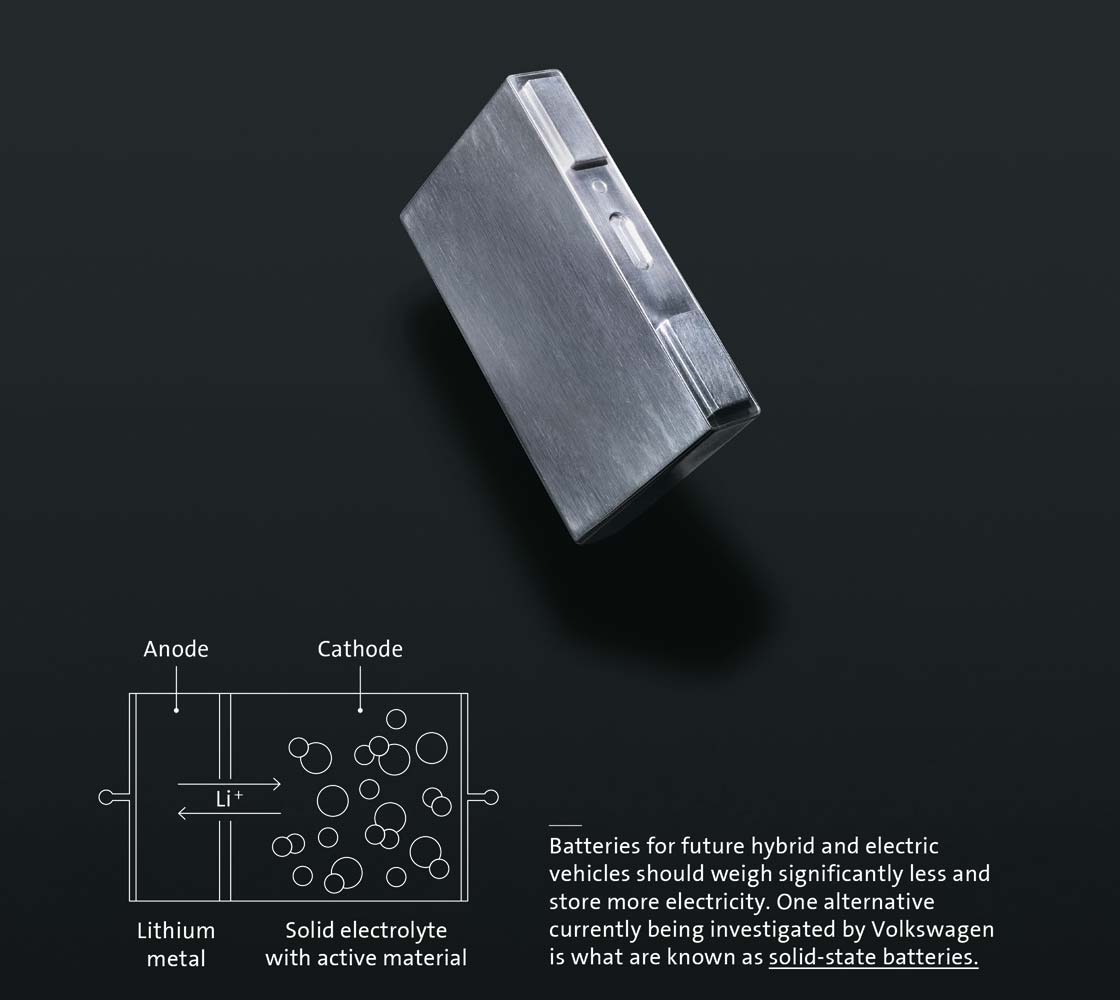 San Francisco. How can the range of electric cars be increased? Dr. Angela Speidel (36) is investigating the answer to that question. The chemist is part of the Volkswagen Group Research team based in Silicon Valley working on new battery technologies which have the potential to increase storage capacity and therefore extend the vehicle range. The battery researcher collaborates closely with scientists from innovative companies: she is a frequent visitor to their labs where she works with them on testing new combinations of materials to determine whether they live up to expectations. As she puts it: “For researchers like us, it’s also important to find out what doesn’t work.” That is how they discovered that lithium-oxygen batteries, for example, are not an option for automobile engineering at present. Speidel is currently following a different lead: solid-state batteries. Together with a start-up called QuantumScape she is working on a battery that replaces the liquid electrolyte with a solid material. Assuming an identical battery weight, a solid-state battery would have a significantly longer range. If this idea proves successful, it will make electric cars much more suitable for everyday driving. 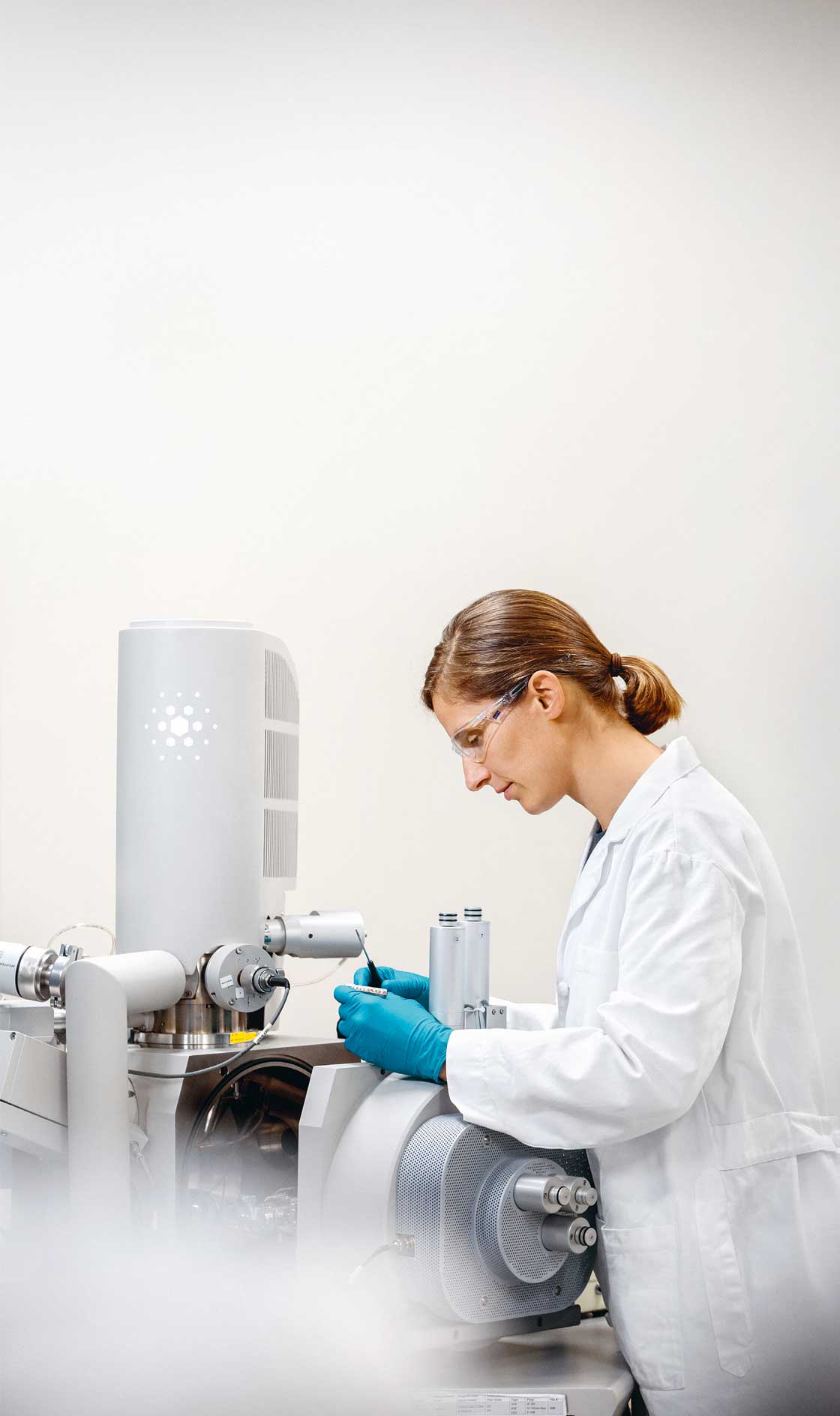 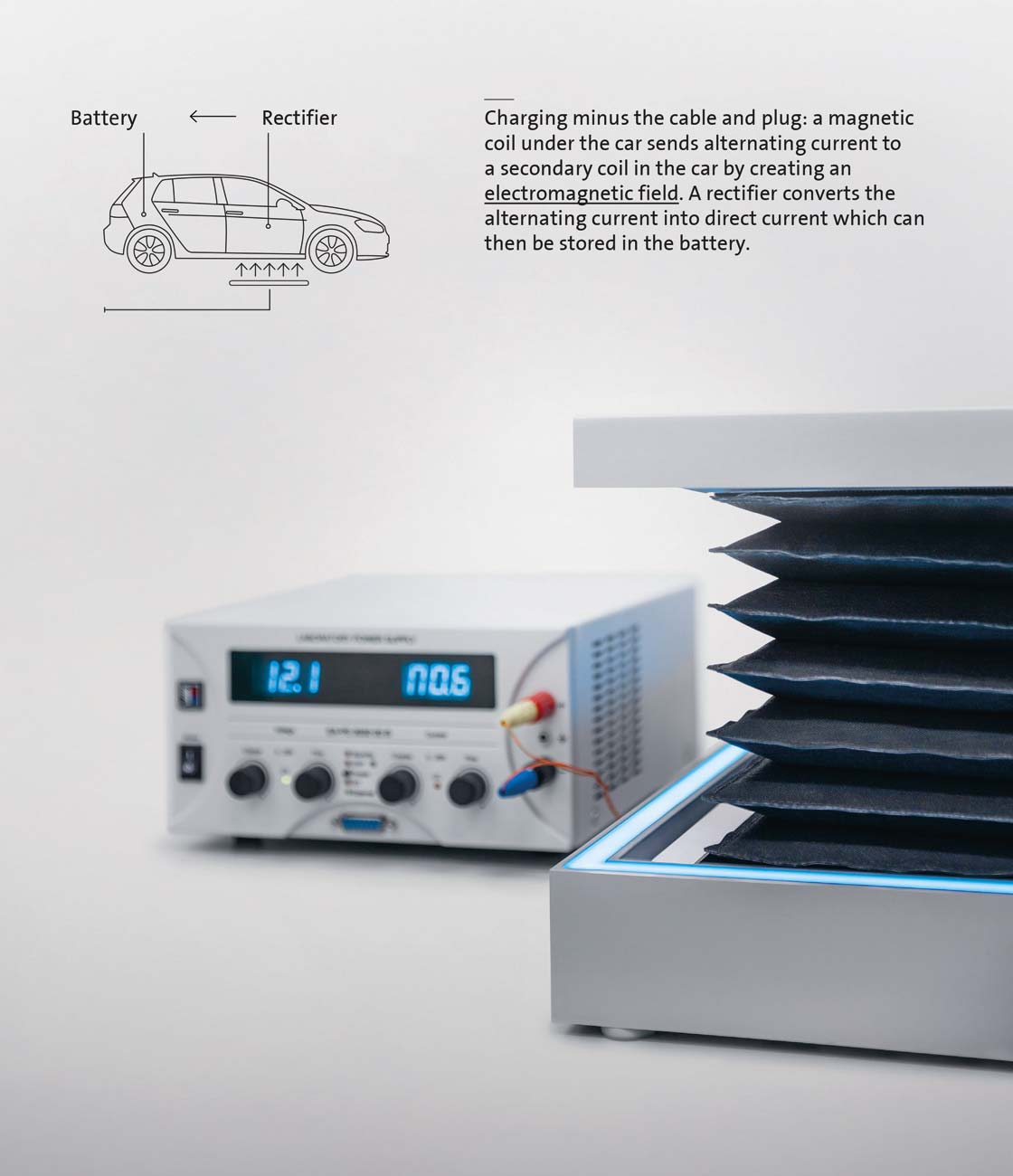 Wolfsburg. Telecommunications engineer Wojciech Derendarz (33) was already fascinated by the possibilities of automated driving while at university in Lodz, Poland. In 2011, he assumed responsibility at Volkswagen Group Research for the “V-Charge” project: the idea behind V-Charge is that in future drivers can leave their electric vehicles at the barrier of an underground parking lot. The vehicle then automatically looks for an empty parking space with a wireless charging structure and charges its battery by induction – just like an electric toothbrush, for example. Derendarz coordinated the integration of the complete vehicle hardware and software under the European collaborative project in which several universities and technology suppliers were involved. The project established that highly automated driving in a parking lot with near market-ready sensors functions reliably. Derendarz believes “this kind of system can go into series production in 2020”. In the meantime, a follow-on project investigates whether the technology developed for parking lots could also be used in 30 km/h restricted speed zones on public roads. 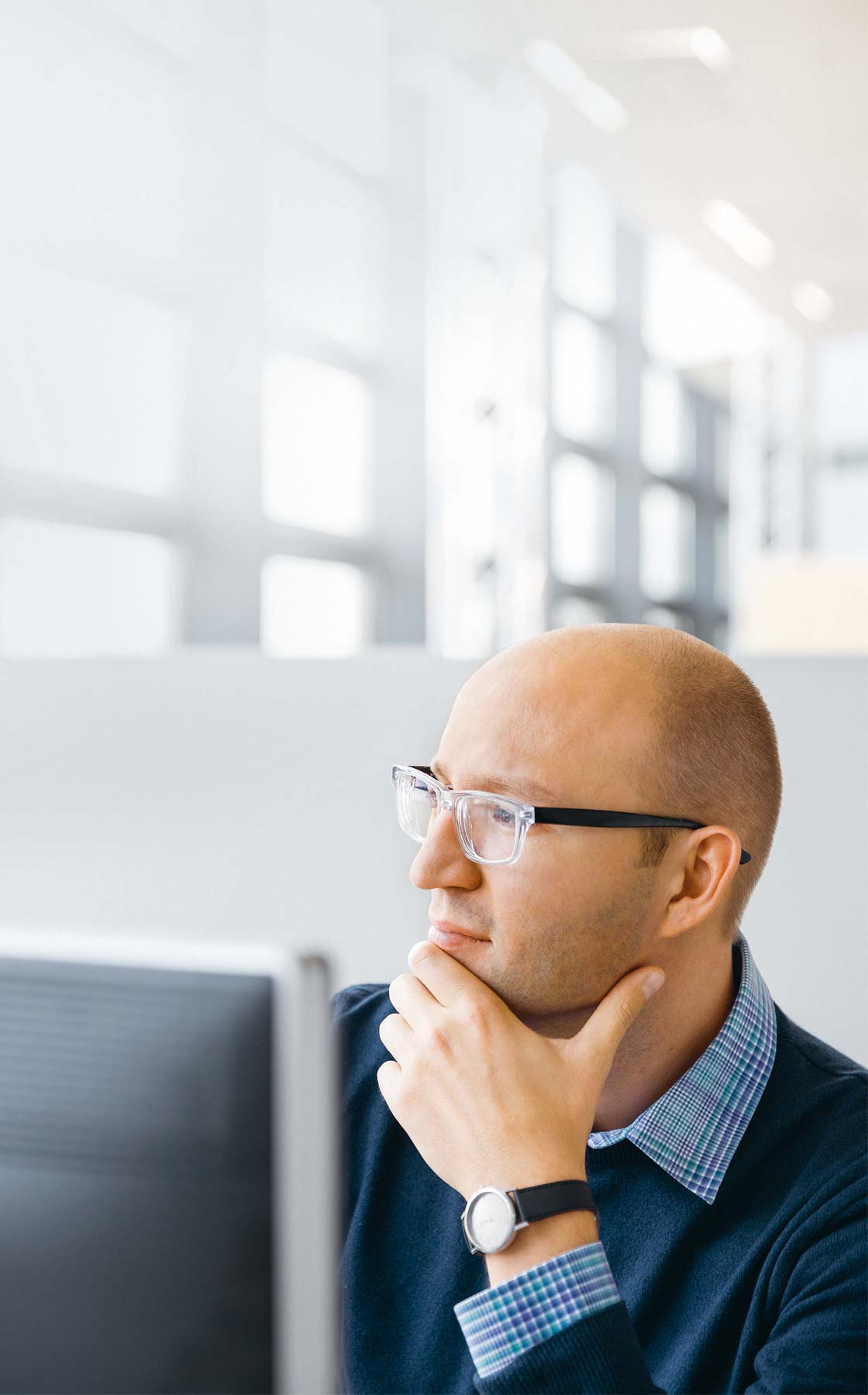 Isenbüttel. Chemical engineer Dr. Miriam Stiefel (35) is convinced that “the fuel cell can become a real alternative for emission-free long-distance mobility”. That is because fuel cells generate electricity from oxygen and hydrogen, and the only “waste product” is water. At the Volkswagen Technology Center for Electric Traction, Stiefel investigates the core element of the powertrain, the fuel cell stack. An individual fuel cell is just a few millimeters thick and only produces a small voltage. If this technology is to be used to power a vehicle, hundreds of these fuel cells must be stacked one on top of the other and connected in series. The main aim of the investigations Stiefel carries out on special test beds is to try out new combinations of materials. The fuel cells contain an expensive precious metal – platinum – which functions as a catalyst to accelerate the chemical reaction between oxygen and hydrogen. The objective is to reduce the share of platinum so that fuel cell production is more cost-effective. “Maybe one day, we will be able to dispense with platinum entirely, but that is still very much uncharted research terrain”, Stiefel says. 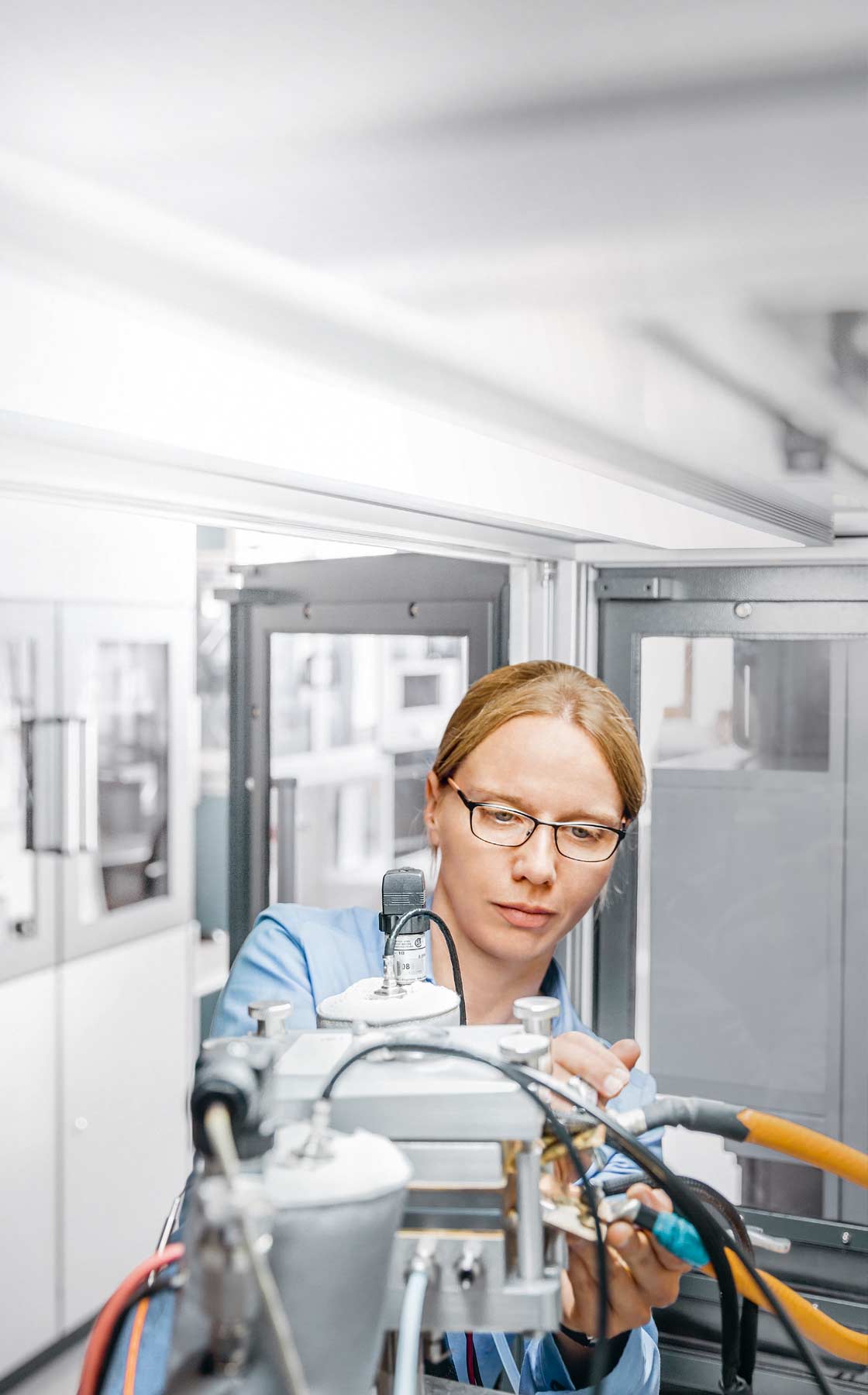 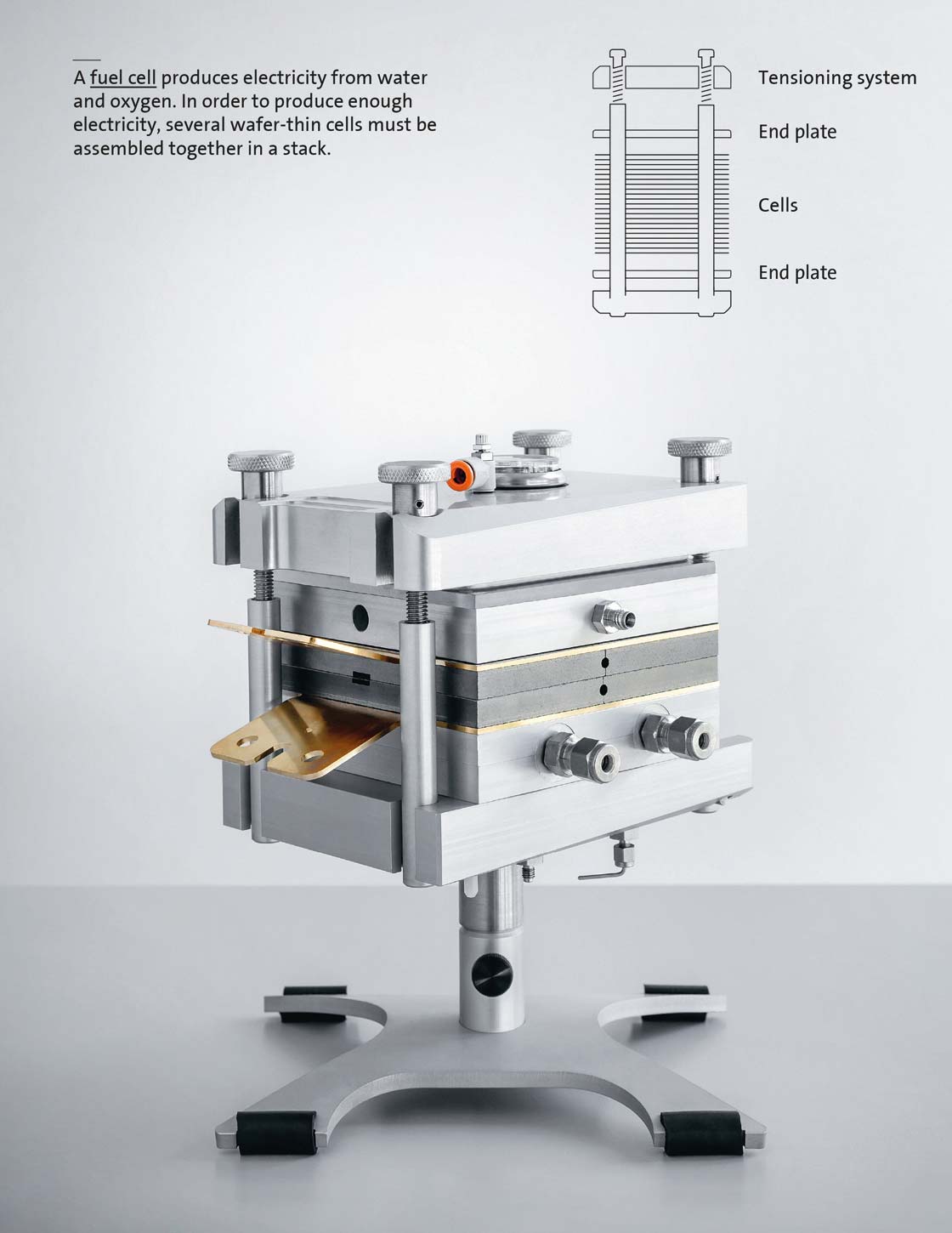