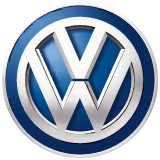 In fiscal year 2015, the Volkswagen Passenger Cars brand launched the new generation of the versatile Touran and presented the Tiguan’s successor. The emissions issue resulted in special items influencing the operating result.

The Volkswagen Passenger Cars brand launched the third generation of the Touran in 2015. The family-friendly compact van scores points with a highly variable interior, an economical range of engines and an extensive lineup of driver assistance and infotainment systems. The Passat GTE expanded the range of plug-in hybrid vehicles. At the IAA in Frankfurt am Main, the new Tiguan attracted interest from visitors; the launch takes place in the second quarter of 2016. The successful Polo celebrated its 40th birthday in the reporting period; the first one rolled off the production line in Wolfsburg in spring 1975. The emissions issue has negatively impacted the brand since September 2015.

In a continuously challenging market environment, the Volkswagen Passenger Cars brand delivered 5.8 million vehicles in the reporting period. The decrease of 4.8% year-on-year was attributable in particular to the markets in Brazil, China and Russia. Vehicle sales in Europe, particularly in Spain (+13.2%) and Italy (+5.8%), as well as in Turkey (+26.9%) and Mexico (+11.8%) were encouraging.

At 4.4 (4.6) million vehicles, unit sales by the Volkswagen Passenger Cars brand were lower in 2015 than in 2014. In Brazil and Russia, demand fell again due to the tense market situation; in Western Europe, by contrast, it continued to recover. There was strong customer demand for the Golf, the Sportsvan and the new generation of the Passat in particular. The difference between deliveries and unit sales is mainly due to the fact that the vehicle-producing joint ventures in China are not counted as Volkswagen Passenger Cars brand companies.

The Volkswagen Passenger Cars brand produced 5.9 million vehicles in the reporting period and thus 4.2% fewer than in the previous year. In Wolfsburg, the 43 millionth vehicle rolled off the production line in 2015, while the Emden plant celebrated the production of its 11 millionth vehicle. In 2015, Volkswagen became the first foreign automobile manufacturer to open its own engine plant in Russia. The plant is located in Kaluga in direct proximity to the vehicle production facilities and has an annual capacity of 150,000 units.

At €106.2 billion in the reporting period, the Volkswagen Passenger Cars brand’s sales revenue was 6.5% higher than the figure for the previous year. Operating result before special items decreased to €2.1 (2.5) billion. Positive effects from exchange rates, from sales revenue and cost optimization and from the efficiency program were unable to offset negative impacts from the markets in Brazil and Russia as well as market-related promotion activities resulting from the emissions issue. The operating return on sales before special items fell to 2.0 (2.5)%. Special items totaling €−16.4 billion resulted from the diesel issue, the restructuring measures in South America and the replacement of supplied airbags.