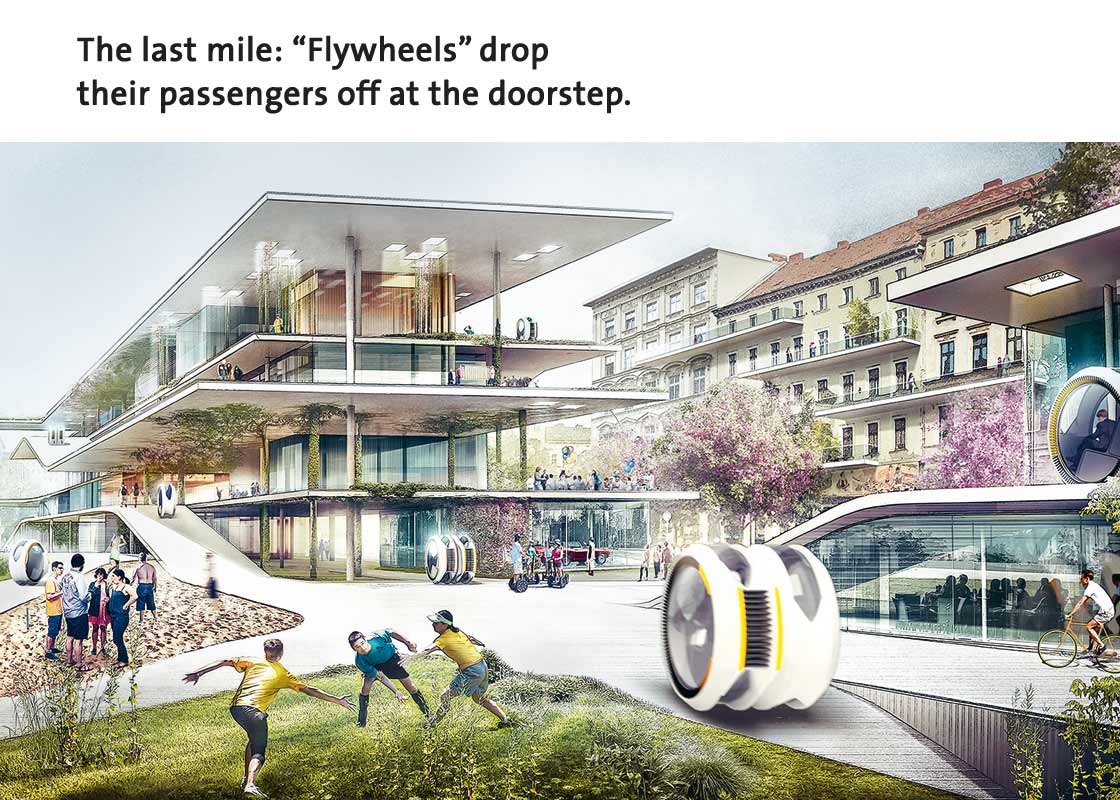 All over the world, more and more people are living in metropolitan regions. Max Schwitalla, a participant in the Audi Urban Future Award, wants to transform mobility in urban areas with the help of new concepts. The architect and urban planner takes us on a ride through Berlin in an Audi A3 Sportback e-tron1.

We start our journey at Tegel Airport – each year, this is the gateway to the German capital for some 20 million travelers. As a seasoned car-sharing customer, Max Schwitalla (35) is used to driving unfamiliar vehicles. He settles down quickly in the Audi A3 Sportback e-tron. The architect and urban planner appreciates the benefits of the silent electric drive, even though he does not own a car himself. “We need to rid ourselves of the idea that we must own everything we only use every now and then”, Schwitalla says as he eases the e-tron out into Berlin’s heavy traffic. “In the cities of the future, space will be in even shorter supply.” For him, part of the solution lies in new mobility concepts: “Urban planners tend to concentrate too much on real estate and too little on how people get about in urban spaces.” 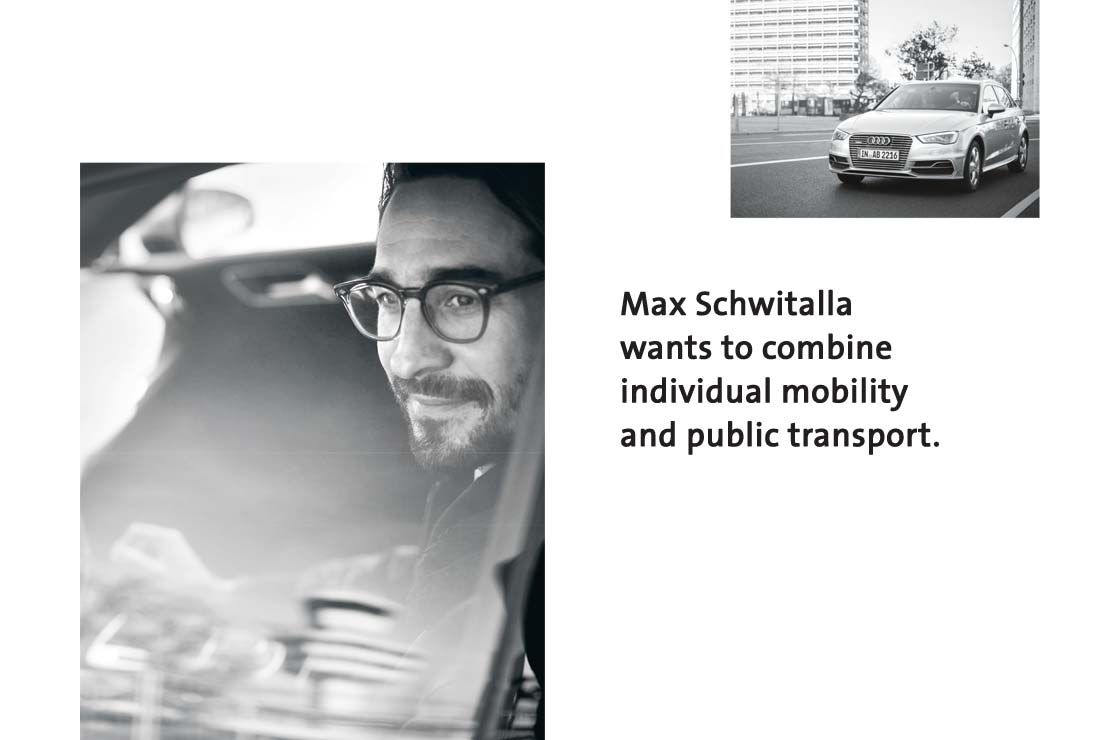 Schwitalla and his partners developed a visionary concept for the Audi Urban Future Award that combines individual mobility and public transport: their idea for Berlin’s transportation infrastructure in 2035 comprises a system of autonomous, single-occupant electric vehicles. Anyone can order them by smartphone right to their doorstep. The most ingenious feature of this system is that these microcars, known as “Flywheels”, could link together on busy roads to form longer units and could even use existing subway tunnels. They disconnect at the station nearest the destination and take passengers back home individually just like a taxi. “That would solve the problem of the last mile”, Schwitalla explains. “Many people are loath to use public transport because of the journey time and the time they have to wait.” 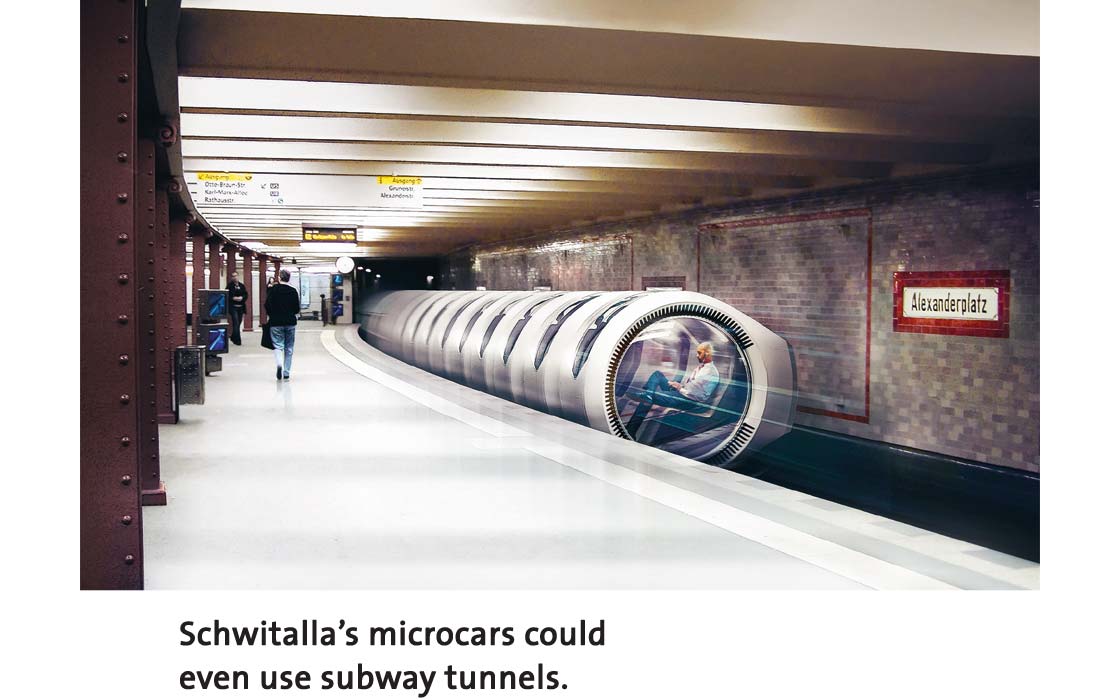 Futuristic? Yes, but that is precisely one aim of the Audi Urban Future Initiative. The premium car maker has set out to actively participate in shaping the city of the future. The global trend toward urbanization continues unabated: according to UN statistics, 54 percent of people lived in urban areas in 2014, while 66 percent of the world’s population is expected to be urban in 2050. As the global population grows, a further 2.5 billion people will have been added to the urban population by then. But these urban areas will occupy only roughly three percent of the Earth’s surface. The population density is already enormous today, particularly in Asian cities. In the Kwun Tong District of Hong Kong, for example, each square kilometer was home to 57,250 people in mid-2014. In contrast, Germany’s Federal Statistical Office puts the number of inhabitants per square kilometer in Berlin at 3,838.

The Audi Urban Future Initiative was set up in 2010 to foster innovative mobility concepts in various regions of the world. By forming development partnerships with cities, Audi is analyzing the potential of automotive technology in urban areas. The company announced the first projects in November 2015: new concepts for intelligent traffic management and parking space management will be tested in Somerville, a city in the Boston metropolitan area. In Santa Fe, one of the leading business districts in Mexico City well-known for its permanent traffic congestion, Audi and its partners are researching the mobility behavior of commuters. The idea is to develop concepts for adapting mobility behavior based on the findings of such projects. 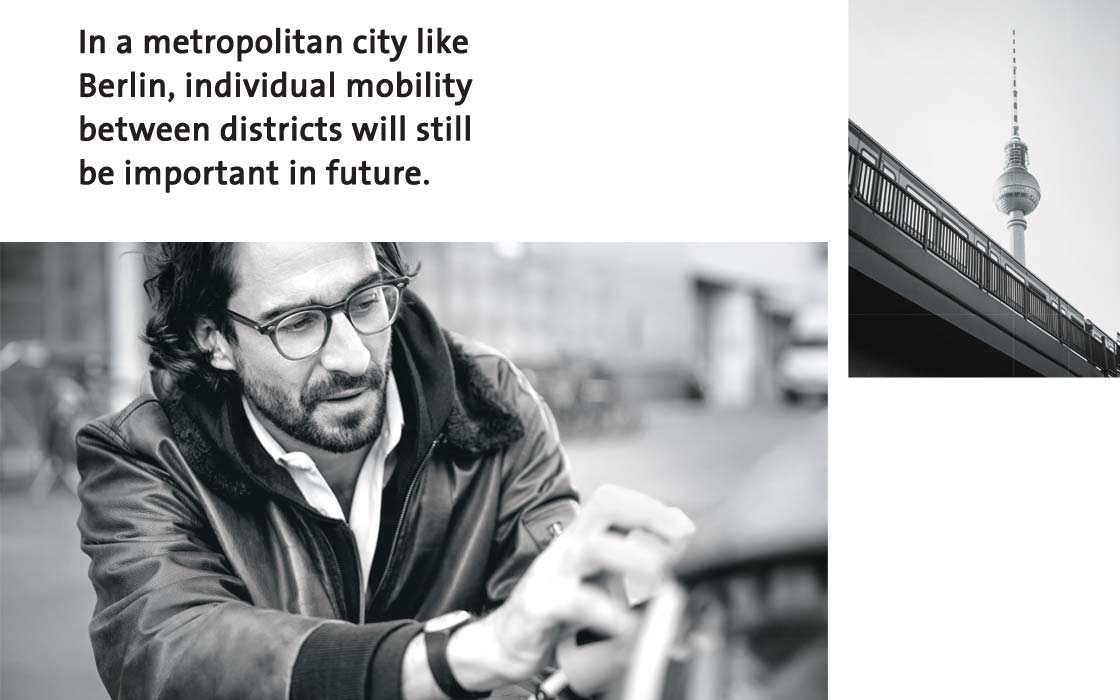 Max Schwitalla is convinced that the conflict between the car and public transport is a relic of the past. “The car-friendly city has failed, just like all concepts to restrict mobility.” Modern urban planning is increasingly leaning toward the concept of neighborhood where the workplace, the shopping mall and the apartment are all within walking distance, but “even though that is the right idea, people still want to meet up and communicate – so individual mobility between districts is still important”, Schwitalla says.

Our journey ends at the EUREF-Campus in Berlin Schöneberg. A new urban quarter where Technische Universität Berlin and several technology companies will work on ideas for sustainable energy and zero-emission mobility in the city of the future, is being erected on the site of a gasometer built in 1910 and decommissioned ten years ago. Ideas like the ones Audi is driving forward with the Urban Future Initiative.